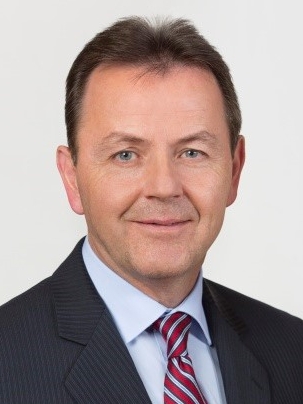 Nikolaus Berlakovich was born 1961 in Eisenstadt . Shortly after finishing his studies at the University of Agricultural Sciences in Vienna he joined the political arena. From 1991 to 2005 he served as Member of the Provincial Parliament of Burgenland and since 2005 as Provincial Parliamentarian for Agriculture and Environment in the government of Burgenland. From 2008-2013 he lead the Ministry of Agriculture, Forestry, Environment and Water Management. Since then he has been active in various leadership functions within the Austrian Peoples’ Party (ÖVP) and has been carrying out his mandate as Member of the Austrian Parliament.

Karl Blecha was born in Vienna in 1933. He studied sociology, ethnology and psychology at the University of Vienna. His engagement for the social democracy dates back to his early youth. After fulfilling a number of different leadership functions in the Social Democratic Party of Austria, he served as Interior Minister from 1983-1989. Later on he founded the MITROPA-Institute for Economic and Social Research. Since 1999 he has been President of the Social Democratic Retirees Association. He also is President of the European Retiree Organisation (ESO), President of the Austrian Association for the Promotion of Research (GFF) and the Association for Austrian-Arabian Relations (GÖAB).

Karl Blecha has been awarded the Great Golden Medal of Honour of the Order for Services to the Republic of Austria.